A fan recalls last night's show outside of Vancouver being a bit sluggish, while tonight's show in Victoria was anything but.

This photo reveals Terry Watkinson with a key-tar, taken during Engine Room. 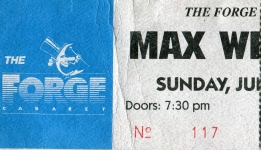