Oh War!, Check, Here Among The Cats, Lip Service, Charmonium, On The Road, Engine Room, Battle Scar, Diamonds Diamonds, A Million Vacations, Toronto Tontos, In The World Of Giants, In Context Of The Moon, Waterline, High Class In Borrowed Shoes, Beyond The Moon, Hangover, The Party

The band perform a new song on this tour, a track off Terry Watkinson's 1995 solo album "Teratology" called Engine Room. Gary McCracken does a drum solo during the song each night, something which he generally didn't do with the band in its prime.

Beyond The Moon has been added to the setlist, and In The World Of Giants would soon be dropped. 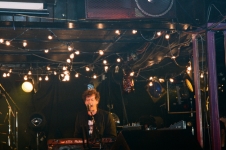 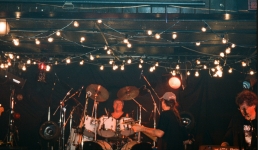