Kim threw his white Strat across the stage in frustration after breaking a string.

Rush recorded this show for the "Exit...Stage Left" album and video (the liner notes included an obituary for their long-time touring mates: "Max Webster R.I.P.").

Max were slated to open for Rush the following night at the Civic Centre in Ottawa, but they were pulled at the last minute and replaced by FM. 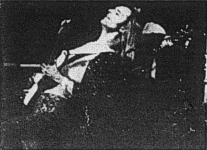 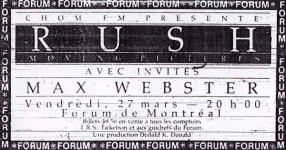