Check, Drive And Desire, In The World Of Giants, Paradise Skies, In Context Of The Moon, Summer Turning Blue, Lip Service, Waterline, Beyond The Moon, Battle Scar, Hangover

A review of the show says the working title of the band's next album is "Prisoner." Within the next few months it would be renamed to "Universal Juveniles." 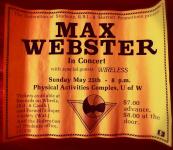 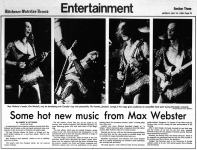