This is the last gig with Terry Watkinson, who quit the band at the end of the tour, leaving Kim Mitchell as the sole original member. Terry would return to the fold in December (although he was notably present for the Juno Awards in April and the Battle Scar recording session with Rush in July). 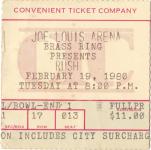 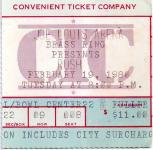