Paul Kersey recalls the band needing to play up to five sets a night in the bars, six nights a week. At venues like the Gasworks, it was usually three half hour sets and another two twenty minute sets.

His extended drum solos became a centrepiece of the show during this era, and on this night it was nearly ten minutes long amidst an unreleased song called Sunday Morning Cereal (the initial lyrics are "Sunday Morning Cereal is a Ford and Chevy collision crunch"). Kim says it's about "snot from the nose," and it sounds like a cross between Frank Zappa and Yes. He adds a reference to Billy Swan's "I Can Help."

Kim performs Words To Words for the first time, entitling the song "You Are" as he starts.

Mash Moon In Hawaii is even longer than it was earlier in the year. The band then break into a bit of the Surfaris classic Wipe Out at the end, with Kersey on the bells.

Research (at Beach Resorts) is not unlike the 1978/79 versions with the almost completely different lyrics from what ended up on A Million Vacations, but the breakdown is a bit more Black Sabbath influenced.

"For our encore, the band would like to dance for you," declares Kim after Hangover. They do a conga-line shuffle to leave the stage, which would become the custom during this period. They return to play two more tunes off the debut album (with the dancing bit in between them again, and another break). 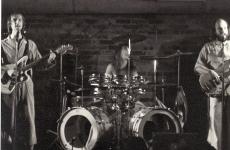 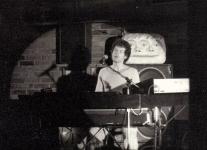